Behind every great brewery is a great brewer, and that man at Garage Project is Pete Gillespie.

Ahead of the launch of our Garage Project Pack we caught up with Pete to have a chat about the beer that made him want to brew, taking risks, the New Zealand craft beer scene, and his go-to beers this Autumn.

What was the beer that made you want to brew?
My Grandpa’s homebrew. I used to help him brew when I was little. I once bought him a MASSIVE wooden spoon as a gift to stir his homebrew. I remember stirring the wort with him and thinking how huge it was. Years later, when he died, I was helping to clear his house and I found this spoon – it wasn’t that big at all, so I must have been tiny.

Back in 2011, Garage Project started out brewing 50 litres at a time in an old car garage. A lot has changed since then! Now, that you’re brewing on a much larger scale can you afford to take the same risks?
I don’t know if we can afford to, but we do. We brewed 70 new beers last year – so more than we did back in 2011 when we brewed 24 new beers in six months. Most new beers we brew straight on the big kit, without doing any small scale trials – I find brewing 2000 litres distills the mind. I still feel reasonably shit scared at times. Beyond the Pale this year, with beetroot, blood orange and mint, was a bit scary. They were challenging ingredients to use and it was a tight deadline leading up to the Fringe Festival, but it ended up looking and tasting great. We also have a great team of brewers who are always up for a challenge. 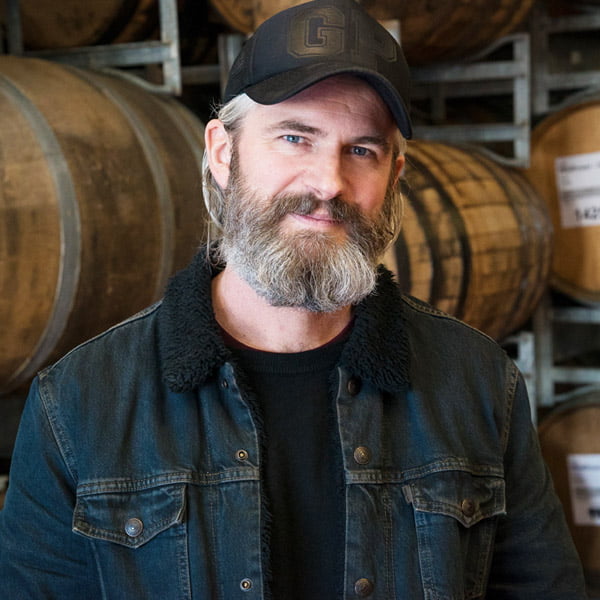 We are pumped to have Weird Flex in our Garage Project Pack as I think we’re one of only a handful of bottle shops to have it Down Under. It features a unique combo of flavours – cucumber, grapefruit and celery. What’s the inspiration behind this beer?
I really like this beer, especially the celery. They’re all super refreshing flavours and they work really well in a sour. I wonder if I once saw a grapefruit cocktail with fresh slices of cucumber and a celery stick in it. Inspiration can often come from food and drink.

You’ve worked as a brewer in the UK and Australia. How does the craft beer scene in these two countries compare to New Zealand?
There was a day when I think you could legitimately argue that New Zealand’s beer scene, at least in terms of championing new flavours and styles, was miles ahead of Australia and the UK. I don’t think that is the case any more. Both the UK and Australian scenes have changed a lot in recent years. People are always passionate about beer, but back in the early millennium when I worked in the UK people’s energy was focused on preserving tradition. There’s now a huge new wave of breweries like Cloudwater doing new things as well as traditional real ale brewers who have managed to stick it out – that’s a pretty cool combination of the old and new. Australia also now has a super vibrant scene, with great new breweries popping up all the time. It’s a great time to be a beer lover no matter where you are.

What’s your go-to beer(s) this Autumn?
GP beers? Golden Path is tasting great and at 4% it’s super easy drinking. As that Autumnal chill starts to set in, I might be looking for something a bit darker. I’m loving Snug on nitro tap, and we’re aiming to have it in can later this year. Non GP beers – I’m well known for liking a cheeky Coopers Stout once in a while ; )