Origins:
Once a seasonal favourite of our Margaret River Brewery and now enjoyed all year round. The idea for South West Sour came from the Colonial team wanting to create a unique beer for people who love hop/fruit aroma but not necessarily the bitterness that often comes with it. In this beer, we used the sourness from lactic acid fermentation to balance out the sweetness of malt, allowing for a lower bitterness whilst maintaining flavour balance.

The South West Sour Difference:
Many sours are barrel aged, or more classic like a Berliner Weise/Gose but we wanted to create a more modern sour style for modern craft beer palates. We crafted it along the loose lines of a golden ale in terms of hoppiness, but the refreshing acidity of classic sour styles.

Tasting Notes:
South West Sour is a kettle soured and dry hopped beer, based on a wheat heavy malt bill for its full mouthfeel. It has a delicate balance between lactic acid acidity, and tropical aroma & flavour from US and NZ hops.

One of the first breweries to open on Western Australia’s wild coastline, Colonial Brewing Co. tapped it’s first keg in 2004 and since then they’ve been obsessed with making good, uncomplicated beer. They’ve come a long way since that first keg – grown into a national, Australian owned, brand and found an East Coast home in Port Melbourne. But even as they grow, the product is continuously made by local brewers for the local community. Always uncomplicated.

Order online and fill your fridge with these fine beers! 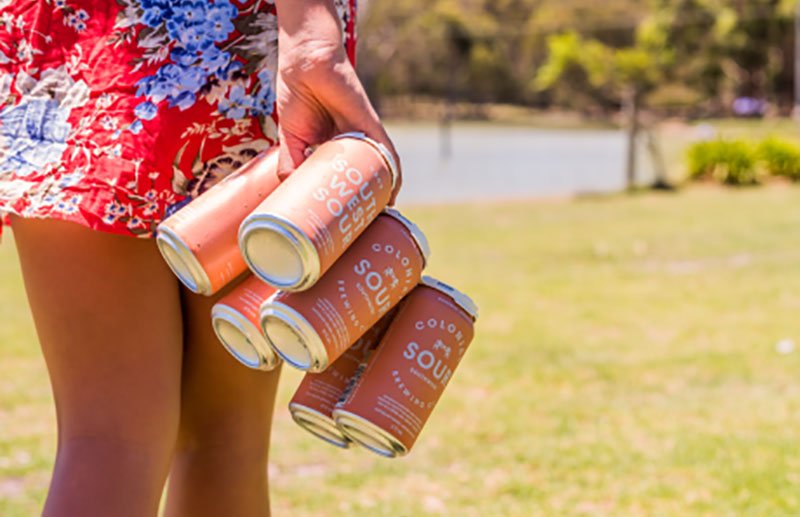