Thought I would spice the reviews up this week and move away from the amazing IPAs and Pales that usually come in the subscription pack and review a style of beer that I wouldn’t usually purchase myself.

Brown Ales have never really been my thing and I usually wouldn’t pick one up at the shops, but this is the beauty of having a mixed selection…getting to try beers you wouldn’t try before.

In step – THE BIG KAHUNA

The Big Kahuna is a Coconut Brown Ale brewed by a fantastic NSW brewery in Batch Brewing.

I believe they added toasted coconut in almost all stages of the brewing process, which is really evident with the subtle aroma being emitted from the glass and the beautiful sweetness that really balances that malt forward body.

Having no real bitterness and a plenty of carbonation, I would almost say it is like a stout and lager hybrid…which work really well together.

Join the monthly subscription to get more beers sent like this to your door!

GET IT IN YOUR FRIDGE 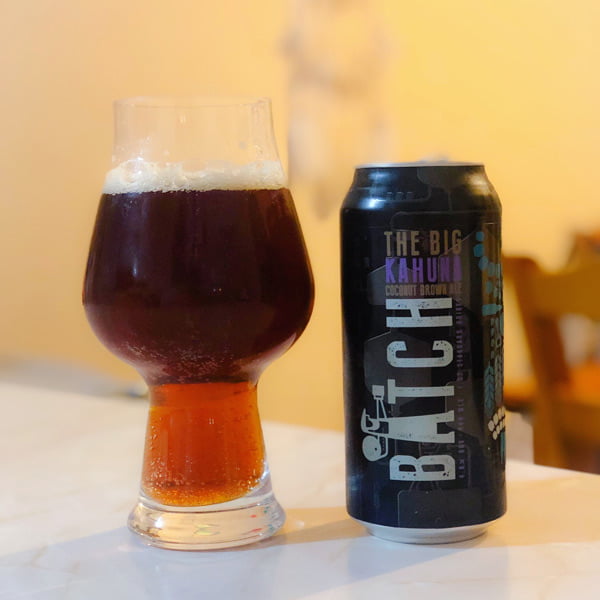