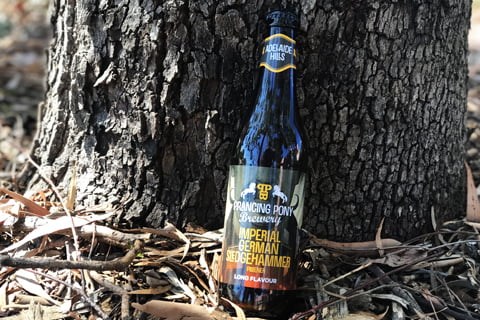 Imperial Pilsner, you might be developing an eye twitch at the thought but for me this is exciting! Imperial is not something you will see commonly on Pilsners, some won’t even accept it at all but the idea to create a BIGGER than average pilsner with more malt and hops was conceived at Prancing Pony.

The crew at Prancing Pony enlisted the guidance and skills of a Master Brewer from Weihenstephan (The world’s oldest continually operating brewery). Combining the German genius, Czech Pilsner malt, German hops used at American levels of hopping with the grace that Prancing Pony produce all their beers… this is truly a sensational experience!

Bright and golden, classic Noble hop aromas but with a little more ooomph, a few more layers of malt than your usual Pils to round out the heavy hop schedule and an all round balanced yet still boozy brew at 7.5%!