What is a New England IPA (NEIPA)?

The perfect beer for summer, a New England India Pale Ale (NEIPA) is a style of IPA characterised by big juicy hoppiness (without bitterness), refreshing fruity flavours (without any actual fruit), and a smooth, creamy mouthfeel.

But what you’ll notice before taking sip one, is the way it looks — cloudy and hazy, often to the point of being opaque. Might make you wonder if we accidently shipped you cans of bubbly orange juice instead of beer! Nope. That thick body is a signature of the NEIPA (and a reason this fantastic summer beer almost didn’t make it out of New England).

Read on for a quick tour of what makes a beer a New England IPA.

A little history on NEIPA

Sometime in the early aughts, a handful of brewers in the American state of Vermont (one of the six states in the northeastern part of the country, collectively known as New England) began brewing IPAs that were different from the dank but clear hop bombs American craft brewers were known for. These creative brewers used special yeasts plus grain bills with a bit higher protein, then they added hops later in the brewing process to emphasise hop flavour and aroma while toning down bitterness.

As a side effect, these new beers came out quite cloudy. Customers accustomed to relatively clear beer wondered if it wasn’t a fault in the brewing process that brought out the haze and some were reluctant to go in for this murky beer. But thanks to brewers who were confident their new beer was in no way flawed, reservations eventually disappeared, and NEIPA began showing up everywhere. 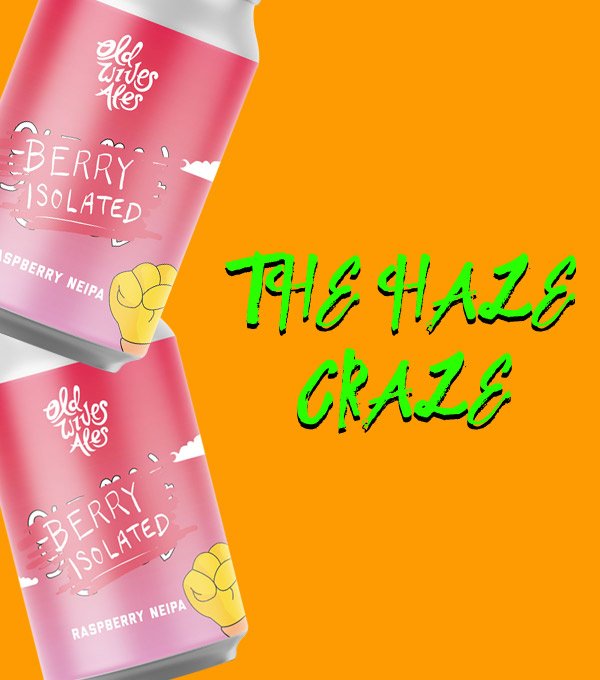 Now the haze craze has officially conquered the world. Here in Australia, NEIPA is an officially recognised category for the Australian International Beer Awards, and some of our country’s best craft brewers are creating amazing expressions of this refreshing style. We picked seven we know you’ll like — see them at the bottom of the post.

Expect big fruit aromas and flavours. “Juicy” is a great way to describe them. New England IPAs are hoppy without being bitter, with a silky smooth, full body. They go down very easy and are endlessly refreshing. As we said — a perfect beer for summer.

How is a New England IPA made?

Three elements are at play in unique ways in a NEIPA — the grain, the yeast, and the hops. Often a higher protein grain, like wheat or oats, are included with the standard barley malt to lend a silky mouthfeel and thicker body.

The yeast strains brewers pick for NEIPAs tend to be ones that produce a lot of fruit esters (fermentation byproducts) that give the beer loads of fruity flavour without anyone ever adding a smidge of fruit.

And for that big hoppy blast, brewers go for hops with tropical, citrus, and fruit notes (Australia’s own Galaxy and Ella hops are popular choices). These are added after fermentation has begun to impart all the hop aroma and flavour without the bitterness that comes from earlier hop additions.

And why is a NEIPA hazy?

Really, a New England IPA never stood a chance of being a clear beer. Just look again at those three techniques: Wheat or oats in a grain bill? They make beer hazy. Dry hopping? Hop oils from unboiled hops make beer cloudy. And certain yeast strains (including some that produce lots of fruity esters) are happy to stay suspended in beer instead of dropping down, which only adds to the opacity.

So that juicy, cloudy, delightfully smooth NEIPA you just poured is in no way flawed — it’s exactly as hazy as it should be.

Here are SEVEN NEIPAs we recommend this summer 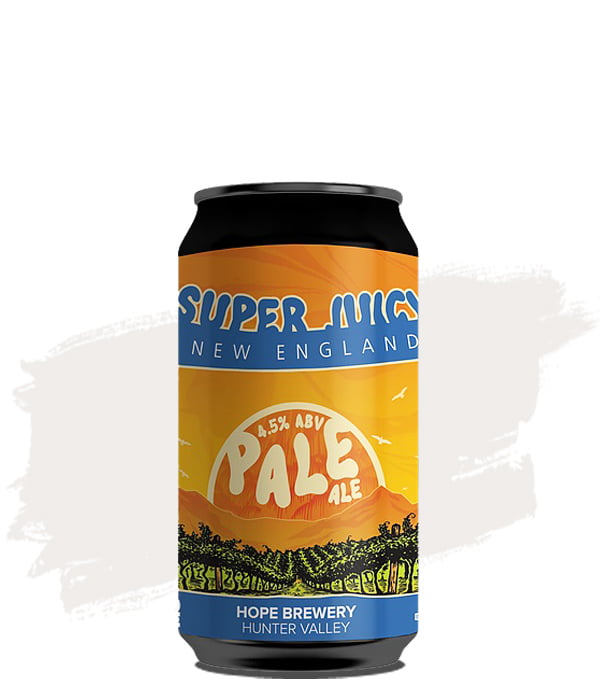 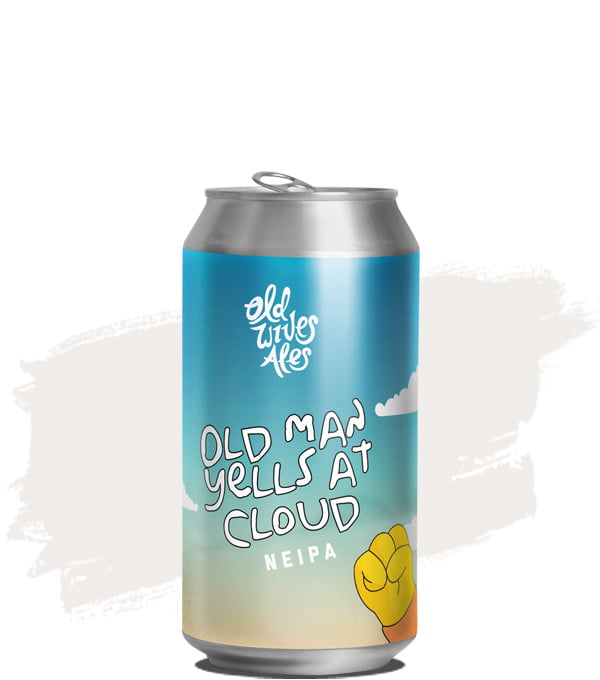 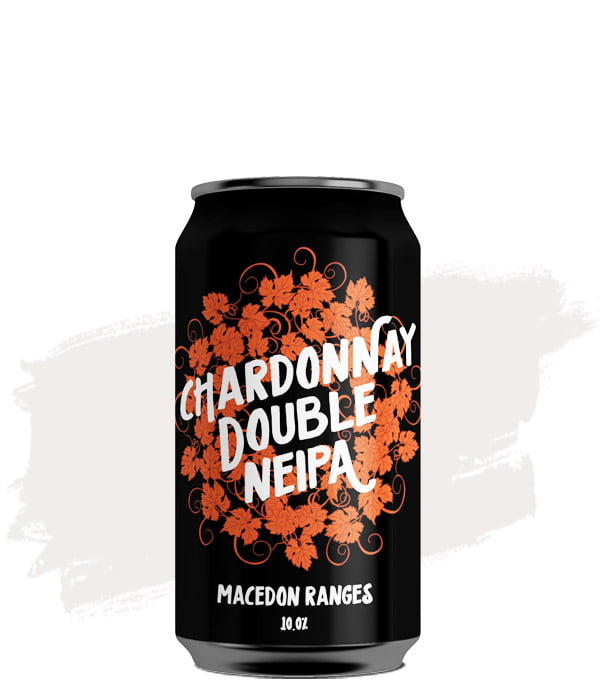 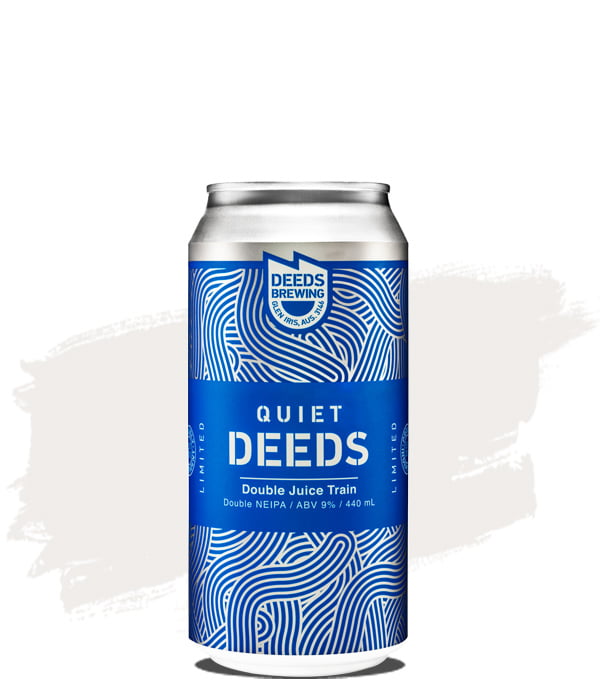 Quiet Deeds Double Juice Train Double NEIPA
Juice Train was one of the OGs of Aussie hazies, which inspired a lot of the decisions they’ve made since. It’s the foundation upon which they’ve built their limited hazy program that they’ve been running for the past few months. 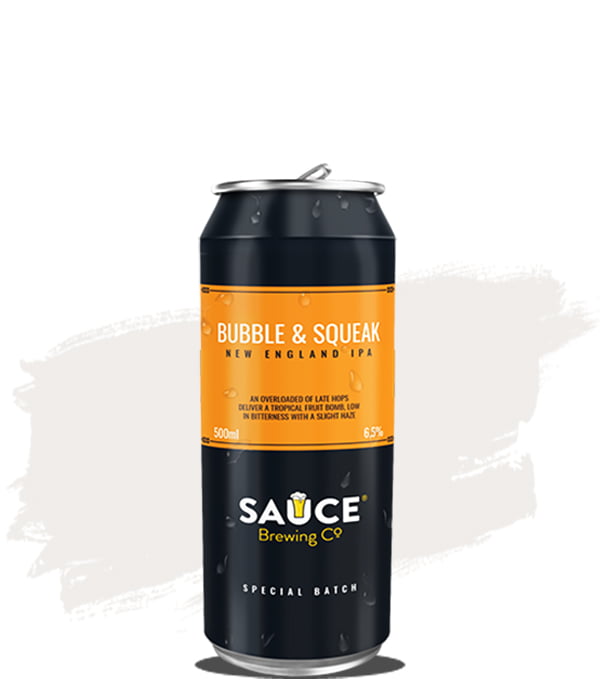 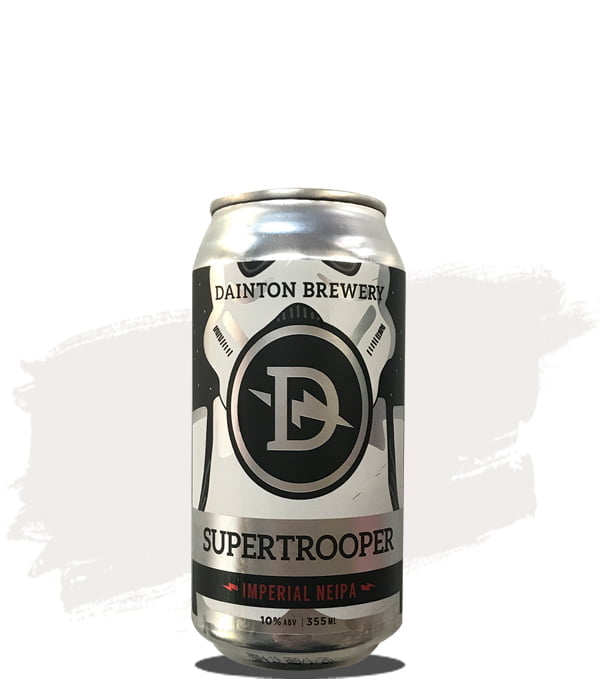 Dainton Supertrooper Imperial NEIPA
A long time ago, in a beer hall not that far away… There was a bearded dude, wearing a flanno, sipping on some blue milk. Pretty sure he starred in that movie Trainspotting. Anyway, he now fights robots and clones and has a cool light sword. Enjoy.

Old Wives Ales Old Man Yells at Cloud Double NEIPA
Double cloudy & juicy, Old Man Yells At Cloud Double is an IPA that focuses on hop flavour rather than bitterness, It’s just double of everything. Loaded with a (almost) stupid amount of Aussie and US hops, this beer is sure to put a smile on the face of even the most cynical hop heads. 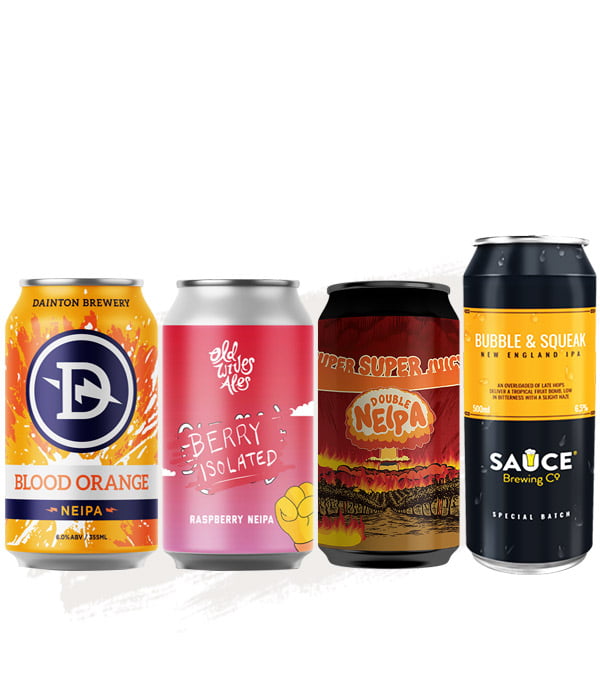 Juice Box – Try Our Fave NEIPAs
A New England India Pale Ale (NEIPA) is a style of IPA characterised by big juicy hoppiness (without bitterness), refreshing fruity flavours (without any actual fruit), and a smooth, creamy mouthfeel. But what you’ll notice before taking a sip of one, is the way it looks — cloudy and hazy, often to the point of being opaque.