Since it’s International Beer Day we’re inviting you to partake in a little armchair travelling with us, as we shine a spotlight on our top 5 international craft beer destinations. 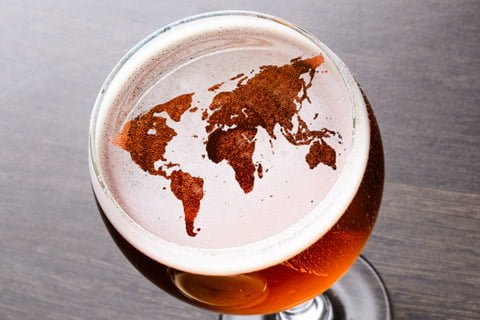 Ah America, home of the free, land to over 6,300 breweries. If you’re on the west coast then San Francisco is the place to be. Big hoppy IPAs are king over in the Bay Area but with the opening of more and more craft breweries, lesser known styles such as sours are gaining a following. Make sure to visit Bend in Oregon home to an extensive range of breweries that are known for pioneering craft beers such as the Crush Cucumber Sour that took home a prize at the American Beer Festival last year. To stay competitive in a crowded craft beer market in places such as California, Oregon and Colorado, breweries have expanded their draft list beyond beers. This has resulted in a trend towards more experimental alcoholic drinks like hard cider, hard seltzer, wines and spirits.

Factoid! In the US overall beer production has dropped almost 1% while craft beer was up 4% in 2018. 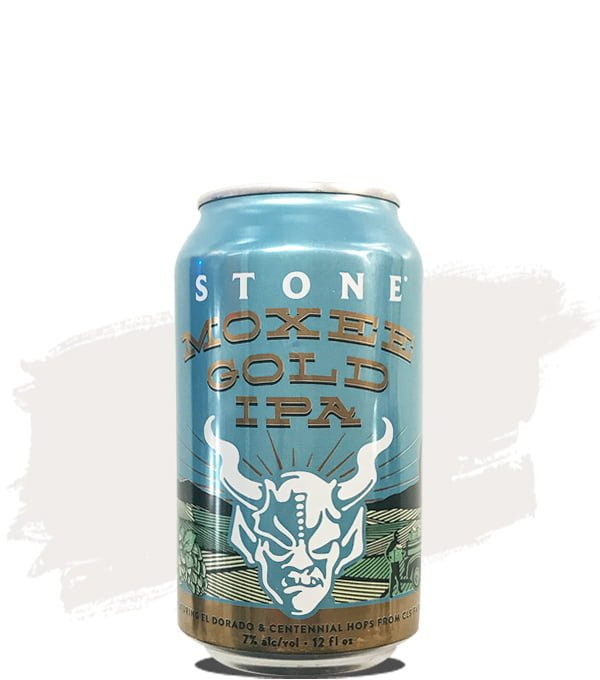 Stone Brewing Moxee Gold IPA
Stone Moxee Gold IPA is loaded with Centennial and of course El Dorado hops, all sourced from the fruitful bines of CLS Farms. The valley itself may be mostly green, but its bounty of hops are as good as gold. 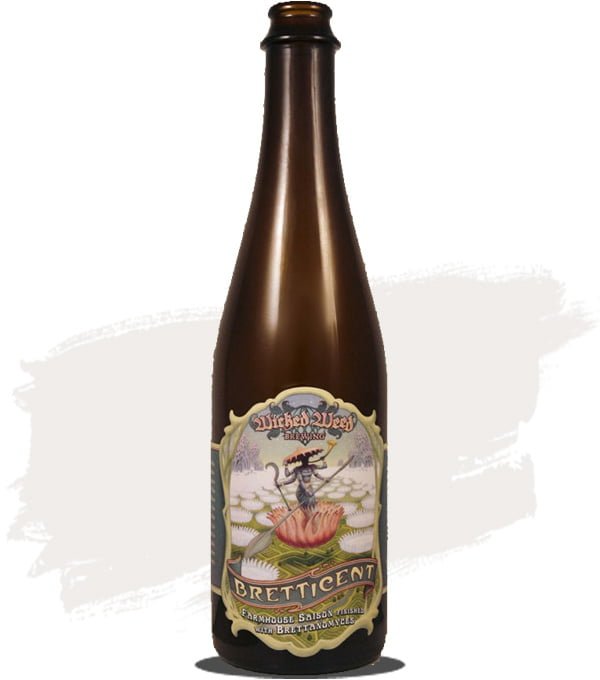 Wicked Weed Bretticent 2017
This traditional saison is brewed using North Carolina grown barley, wheat, and rye from Riverbend Malthouse and is then open fermented. Bretticent is then finsihed with brettanomyces and aged in the bottle before release.

When thinking of Scotland what probably comes to mind is bagpipes and Mel Gibson screaming ‘freedom’. While both of these things are iconically Scottish you may be surprised to know that Scotland has a booming craft beer scene. Of course Scotland is home to Brewdog, which has breweries in Glasgow, Edinburgh and Aberdeen. Scotland is also known for the famous Scottish-style Ale comprising of caramel like malt flavours and a soft and chewy mouthfeel.

Factoid! Scotland has been brewing beer for over 5,000 years, so they have had some time to get it right.

Brewdog Punk IPA
Layered with new world hops to create an explosion of tropical fruit and an all-out riot of grapefruit, pineapple and lychee before a spiky bitter finish, this is transatlantic fusion running at the fences of lost empires. 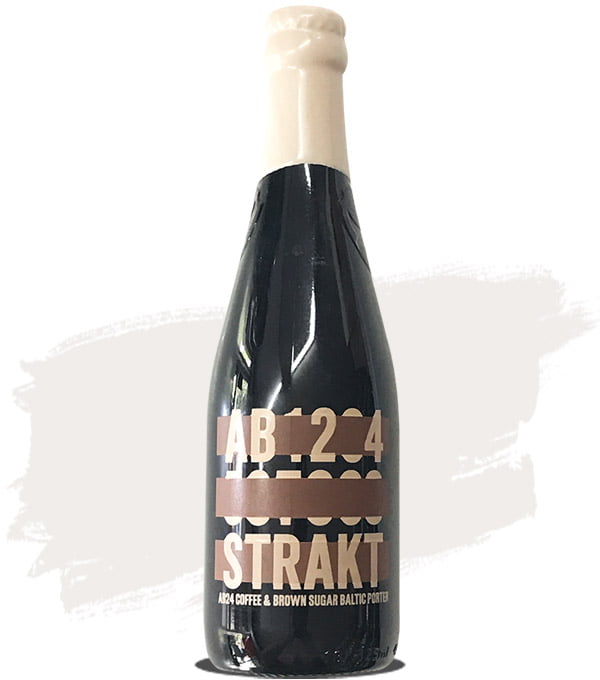 Brewdog Abstrakt 24
AB:24 is a huge, mocha-forward beer laden with the aromas of freshly-brewed coffee, toasty caramel, red berry fruit and a bitter chocolate undercurrent. Decanted into your finest glassware, it is designed to be rich, warming and full-flavoured, with an almost brandy-like backbone from the muscovado and double-digit ABV.

Known for medieval towns and renaissance architecture, Belgium sure knows how to brew a beer. Belgium boasts an impressive 224 breweries and has been making beer ever since medieval times. Chimay Bleue is one of the traditional Belgium breweries that has been in production since 1862 at the Scourmont Abbey. With an alcohol content of 9% this beer is perfectly paired with some delicious cheeses, which are also made at the same location as the brewery. Belgium is also home to 6 of the 14 monasteries where monks brew the unique Trappist beer. A small town in Belgium called Anzgem is home to one of the most innovative brewers in the world called Het Verzet which means ‘the resistance’. Here the brewers try and change peoples fixed view of what beer can be with extraordinary experimental brews.

Factoid! The average Belgian drinks 84 litres of beer a year, down from around 200 litres in the 1900s. 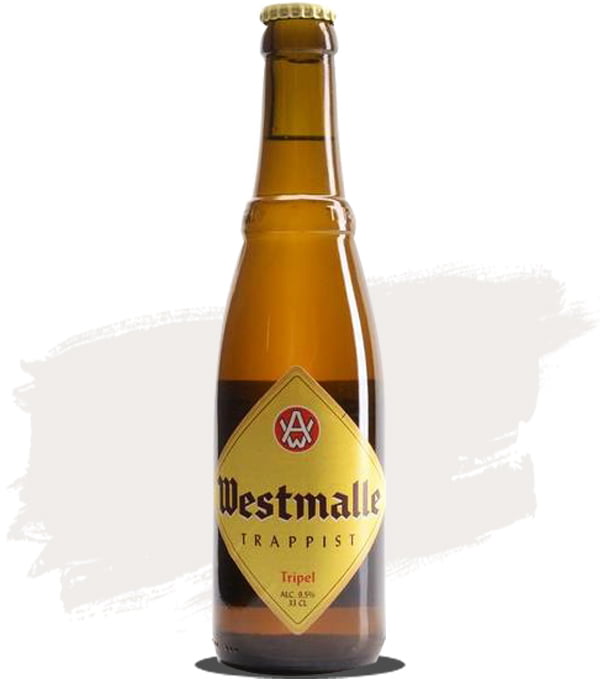 Westmalle Tripel
Westmalle Tripel (9.5%) is a clear Trappist beer, golden-yellow in colour, with amazingly fruity aromas of ripe banana and a lovely, subtle nose of hops. This full-mouthed beer offers finesse and elegance, with a mild taste and a creamy mouth feel, yielding bitter notes supported by fruit aromas. Enjoy the lingering, dry finish.  The complex character of a Westmalle Tripel is derived from the slow brewing process and its re-fermentation in the bottle. 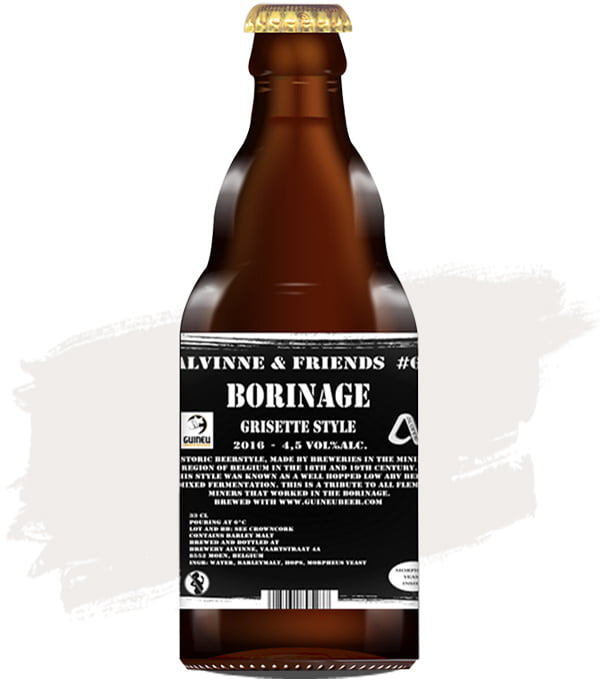 Alvinne Borinage
It was intended to be a refreshing beer for the miners, so 25-30% malted wheat and spelt is used, along with Hallertau Magnum hops for bittering and Mount Hood for aroma.  And of course their mixed fermentation Morpheus yeast, which is typical of the yeast at the time.

If there’s one thing I love more than windmills and cycling routes, it’s craft beer. Lucky for me The Netherlands has all three! You may not have heard about the Netherlands beer scene outside of Heineken but they have a budding craft beer scene, which is often overlooked by their neighbouring countries. One of Amsterdam’s best brewers where distribution is kept local is called Pontus. Pontus has an interesting love of maritime lore and keeps this theme in mind when brewing their beers. A couple of examples of this are the Siren Song which is a 5.5% blond brewed with juniper berries or the Lighthouse, a fruity saison with a golden hue.

Factoid! A famous beer saying from the Netherlands is ‘Wanneer het bier is in de man dan is de wijsheid in de kan‘ which roughly means that you mustn’t expect a person with a belly full of beer to explain the theory of relativity with any clarity. 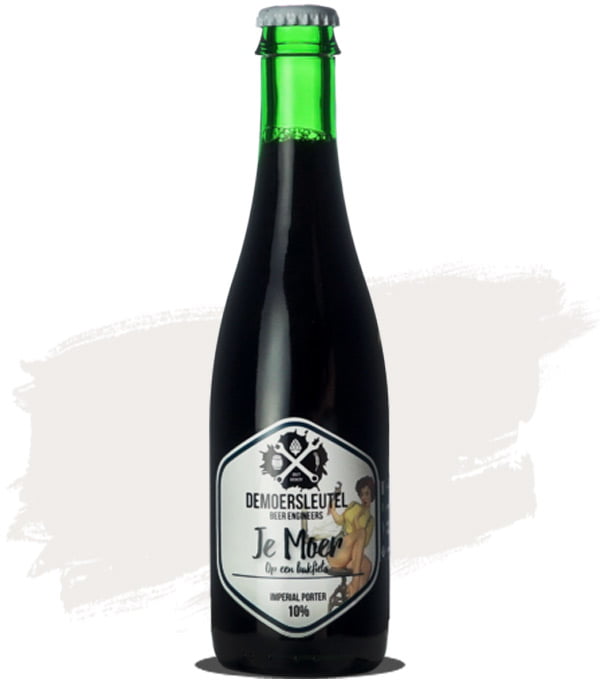 De Moersleutel Je Moer
Thick and chewy imperial porter with aromas and taste of liquorice, mocca and chocolate. A bit sweet and a bit roast bitter with a slight finish of tobacco. 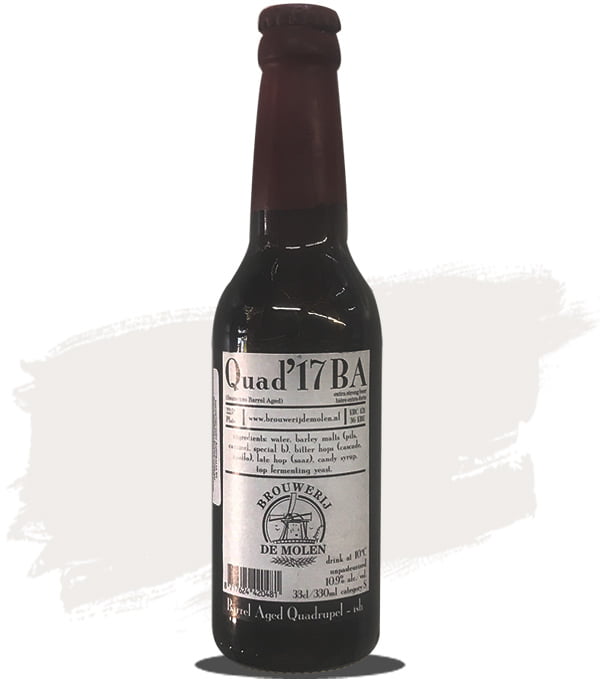 De Molen Quad ’17 Sauternes Barrel Aged
Pours dark and stormy copper with dense white head. Aroma hints at time in wood. The palate brings alcohol warmth, and the standard malty quad comes with a twang of fruitiness. The barrel ageing adds a hint of vanilla and wood and the finish keeps the warmth and wood, with the fruit popping back up a whole minute later.

New Zealand has a worldwide reputation for having the most pungent and fruity hops that you can find. While 90% of beer product comes from Lion Nathan and DB breweries there are still over 150 smaller breweries. One of New Zealand’s most iconic craft breweries is Garage Project. Three mates in Wellington brewing full flavour IPAs that hit your taste buds hard with some of the most intense hops you can find. They also have some of the coolest can and bottle designs that you will ever see. Seriously take a look here. Auckland is also home to the longest standing brewpub in New Zealand, the 109-year-old Shakespeare Brewery and Hotel.

Factoid! New Zealand has more beers per capita than the US, Australia or UK. 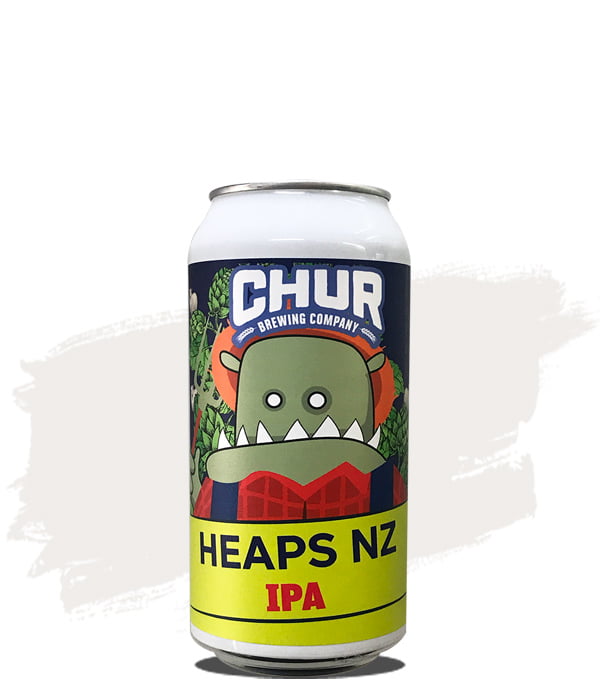