World Gin Day is coming up on Saturday, June 8th and Australia has a lot to celebrate. Australian craft distilleries are making some of the best gins in the world right now. We have put together an ultimate gin guide with a bit of history on this popular spirit to get you properly prepared, along with our favourite G&T recipe, and the small batch gins we’re sipping on.

One of the legal requirements for calling something gin in Australia simply states that the liquor must have the “taste, aroma and other characteristics generally attributable to that particular spirit.” In other words, to call something gin, it has to taste like gin. But what is gin? 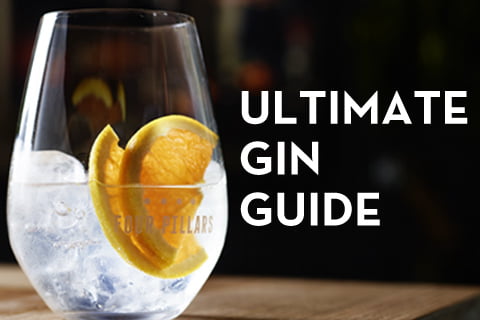 Most agree gin was invented by a Dutch physician back in the 1600s when he went looking for something to help his patients suffering from kidney trouble. Oil from the juniper berry and grain alcohol were both diuretics. Together, he figured, they would work wonders. His drink, which he named “jenever” after the Dutch word for juniper, wasn’t a miracle cure, but it did taste good (especially when compared to other unaged grain spirits of the day, which could be quite harsh).

Later that century, an English king angry with the French heavily taxed French wines and brandies, and at the same time lifted restrictions on distilling gin in England. This led to a big gin boom in England.

Even further down the ages, gin’s popularity grew among British colonists living in tropical areas who took quinine to fight malaria. The bitter medication was mixed with soda water to temper the taste, but when they mixed the tonic with gin, it actually tasted pretty alright.

The rise of craft gin distilleries in Australia

While gin fell out of favour worldwide after WWII, it’s making a serious comeback — and nowhere more than here in Australia. We had fewer than ten gin distilleries in Australia in 2014 and now there are over a hundred. With more opening all the time.

Gin is so successful here thanks of course to a new generation of inventive and creative distillers, but also because of our very own bush tucker ingredients found across the continent. And what do our native herbs, flowers, fruits and spices have to do with gin? Let’s look at how gin is made.

Gin is a neutral grain spirit — a liquor made from grains like corn, barley, rye or wheat — to which botanicals are added, with the main botanical being juniper. While every distiller has their own method, gin is often made by adding the botanicals (like seeds, citrus peels and herbs) into the grain spirit. They are usually then steeped for a while before the whole thing is distilled again.

Sometimes a gin basket or botanicals basket is used inside the still. It’s filled with additional botanicals and the hot alcohol vapors filter up through the basket before recondensing, picking up flavour along the way. (While it’s true a gin producer could just pour oils and flavours into the alcohol and it still call it gin, most craft producers don’t take that shortcut.)

Why is gin so popular in Australia?

It’s those botanicals that give gin its signature flavours and aromas. That makes Australia ripe ground for producing some of the most delicious gins in the world. Our own lemon myrtle, finger lime, sage, pepperberry, sea parsley, even bush tomato and native basil have all found their way into Aussie gins, to worldwide acclaim. And even though the main botanical, juniper, doesn’t grow in the Southern Hemisphere, we have our own version: the boobialla bush. It’s also known as native juniper and some Aussie distilleries use its aromatic berries in their gin.

How to drink gin

And let’s not forget:

How to make perfect Gin and Tonic

Perhaps our favourite way to enjoy gin is in a Gin and Tonic. A typical recipe is three parts tonic to one part gin, which means even if you use the best gin in the world, a cut-rate tonic will make a sub-par drink. That’s why we started carrying some special tonic waters. And they are what we recommend in a G&T.

Here are our favourite Australian gins 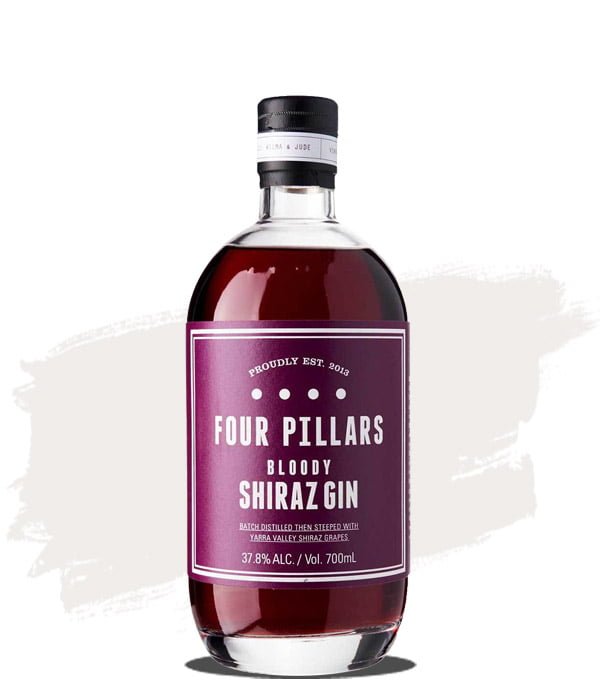 Four Pillars Bloody Shiraz Gin
2019 was a terrific season for Victorian cool climate shiraz, and that has given Four Pillars a belter of a Bloody Shiraz Gin vintage. Straight up you’ve got those pine forest notes, white pepper and spices, and the gin is beautifully balanced with a delicious sweetness and nice tannins to finish. 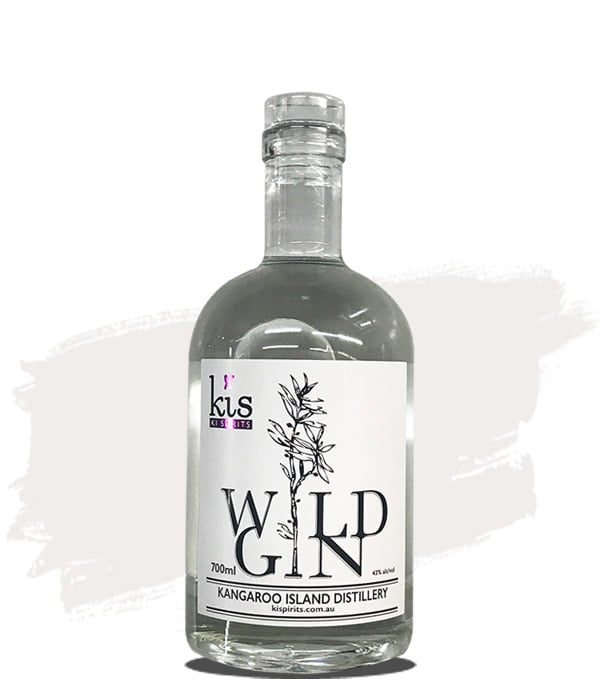 Kangaroo Island Wild Gin
This small batch Australian Gin is distilled with native ‘juniper’ foraged from the wild coast of Kangaroo Island. Fashioned in the style of a London Dry Gin, this contemporary expression is finished with fresh limes from the nearby Fleurieu Peninsular. 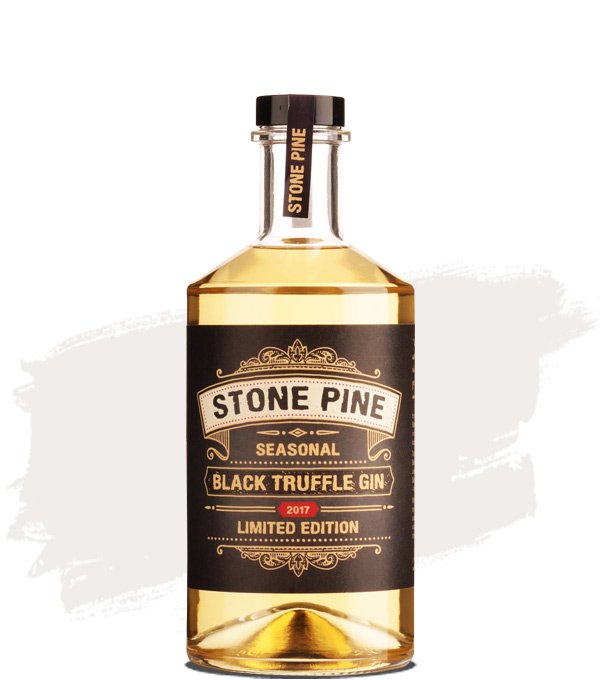 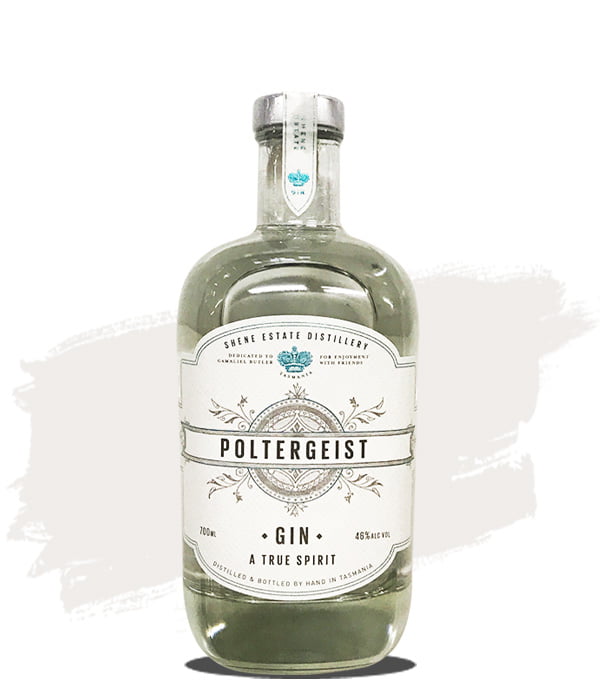 Shene Estate Poltergeist True Gin
A small batch gin from the Shene Estate distillery in Tasmania. Quite a unique gin, the anise shines through on the nose and this is a little bit coastal. It’s very clean, with a bit of spirit-driven spice on the palate. Quite a dry finish. 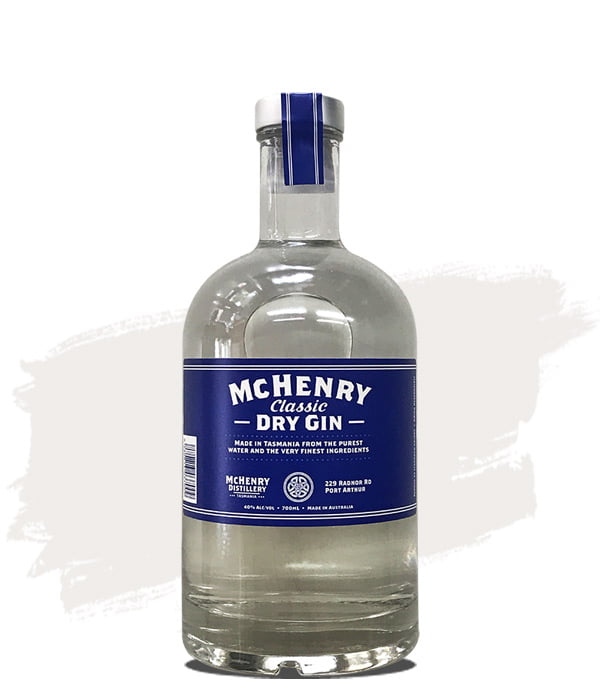 McHenry Dry Gin
An elegant smooth gin – like a magic carpet ride of the botanicals. Citrus peel is present and balanced with a small amount of star anise, coriander seeds, cardamon and orris root all beautifully balanced with the juniper. 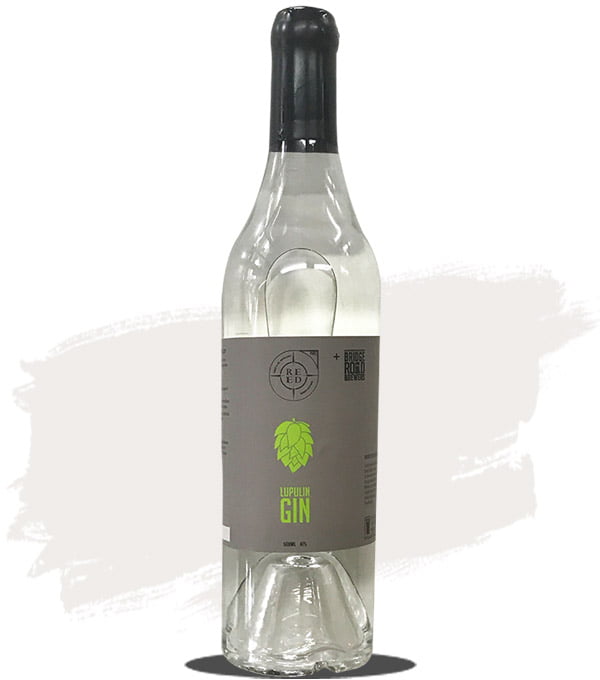 Reed & Co/Bridge Road Lupulin Gin
This wonderful Lupulin Gin was created for the High Country Hops Festival by Reed & Co Distillery in collaboration with Bridge Road Brewers. Bridge Road Brewers founder, Ben Kraus said, “we began discussion on using hops in a gin, namely the infamous Galaxy, as it is grown between their distillery and our brewery.” The resulting Lupulin Gin has juniper notes followed by spicy citrus with a floral finish of Galaxy hop. 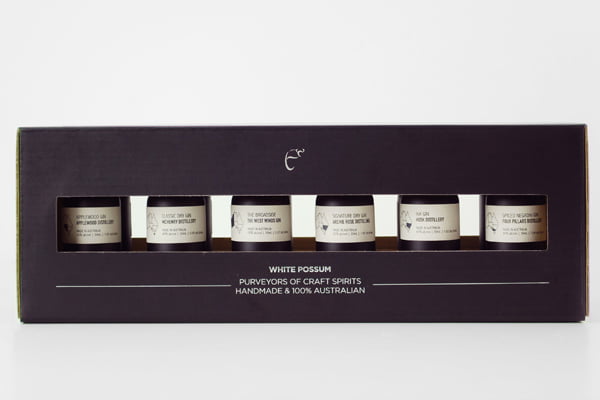 Pair your gin with the perfect mixer

Capi Tonic
An award-winning, classic style tonic water that is made from the best quality natural quinine. Lifted with lemon, lime and orange essential oils, Capi’s Tonic has a delicate citric balance, perfect to bring out the true profile of your gin. 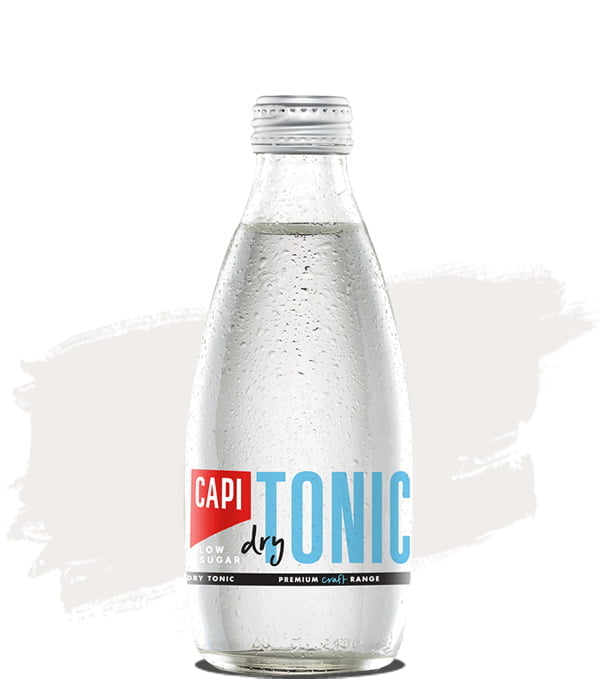 Capi Dry Tonic
Known as the bartenders choice, this Tonic has a unique dry finish and a lower sugar content. Made from the best quality natural quinine, this Tonic Water allows the full flavour of your gin to shine through and be the hero. 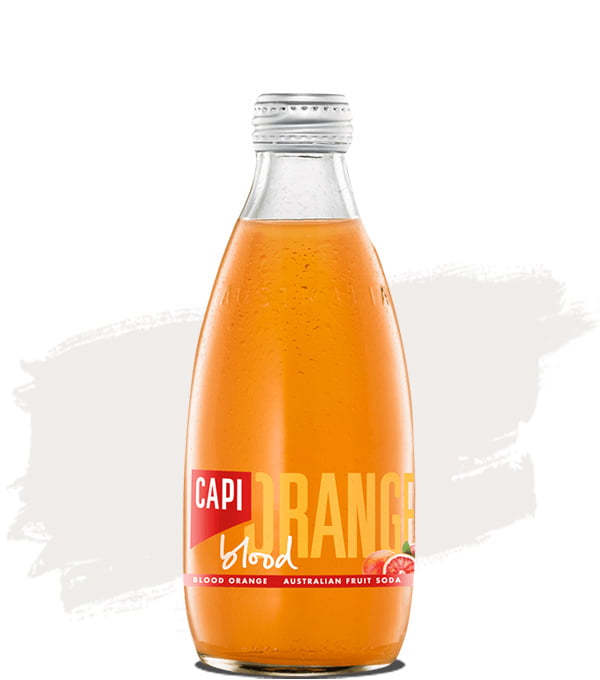 Capi Blood Orange
Made from the best quality Sicilian Blood Oranges, this fruit soda has a fine balance of both bitter and sweet. Using nothing but the finest botanical ingredients, it tastes 100% natural and is 100% natural. 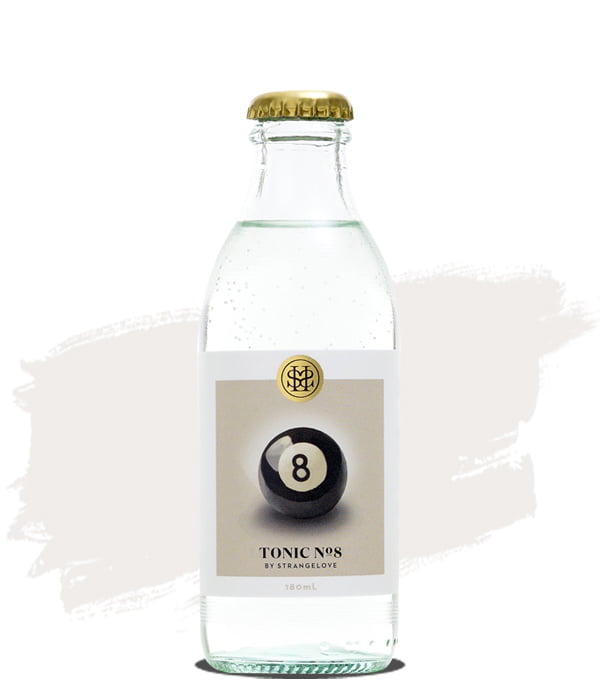 Strangelove Tonic No.  8
A hard-hitting Indian tonic water, StrangeLove Tonic No. 8 blends premium cinchona extract with bitter orange and lemon peel for a truly sublime mixing experience. Finished with a hint of juniper. 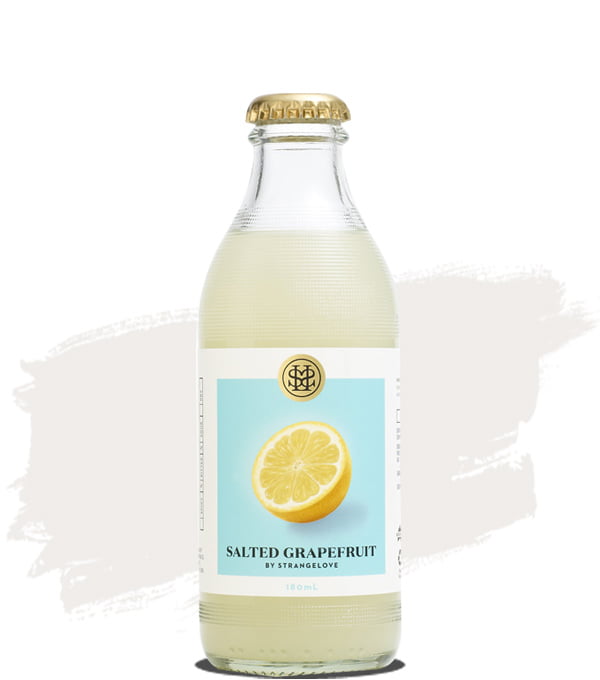 Strangelove Tonic Salted Grapefruit
Strangelove’s Grapefruit soda is made from the finest Cuban grapefruits. The natural bitterness of grapefruit juice and cold-pressed oils results in a tart and tangy soda with an underlying sweetness. Perfect in a mixed drink or straight up.