Is there a “new” style of beer in town? At Craft Cartel, sour beers seem to be showing up everywhere. And you might be wondering what this style is all about.

We put together this short writeup on sours to get you familiar with this intriguing beer. And while it’s temperamental, wild, and delicious — it’s anything but new.

What is a sour?

When man first added water to grain and let it sit until it became a proto-beer, he was using the basic principles of a sour. What turned that grain into beer were the wild yeasts and bacteria in the air and on the surfaces of vessels and grains.

Now breweries are looking back on that natural style of beer-making and playing with it in interesting and novel ways. They are producing sour beers with depths of flavour and complexities that make them some of the more exciting beers available.

Wild organisms are what designate a sour as such. The yeast Brettanomyces gives sours funky, earthy notes. Lactobacillus (the bacteria that turns milk into yoghurt) lends dry, tangy/sour flavours, and the bacteria Pediococcus adds refreshing acidity.

Some sour beers play up the acidity, some balance and complement the tang with fruit. Some sours have a mild effervescence, some are puckeringly tart, and some carry notes of leather, lemons and even barnyard earthiness. They are funky, fruity, and most of all complex. Often those poor souls who say they “don’t like beer” will enjoy a good sour.

What are the different types of sours?

Defining sour beer is hard — like the wild microorganisms that create it, sour beer itself is a wild and unpredictable style. There are few rules and as many different interpretations as there are brewers. Here are a few of the original styles:

Lambics
These are the ancient sours. Brewed for centuries near Brussels, they are a hundred percent spontaneously fermented, and spend long years in wooden barrels. Usually older and younger lambics are blended and often fruit makes its way into the fermentation barrels.

Berliner Weisse
This is a German wheat beer fermented with Lactobacillus making for a tart, lemony and refreshing beer. Historically they were served with fruit syrups to balance the tartness and many who brew the style today incorporate fruit for a similar effect.

Gose
Another sour German wheat beer, gose went nearly extinct in the middle of the last century. Now making a comeback, the style is known for being bright and tart, with an edge lent by the salt and coriander used in the brewing process.

Sour
Tangy, acidic, sour, and layered with complexity, these beers, also known as wild ales, come in all manners of flavours — from suck-on-a-lemon sour to mildly acidic, from fruity to funky, and from earthy to lush.

Sours are a rewarding choice if you like your beer unpredictable, surprising, and totally enjoyable. 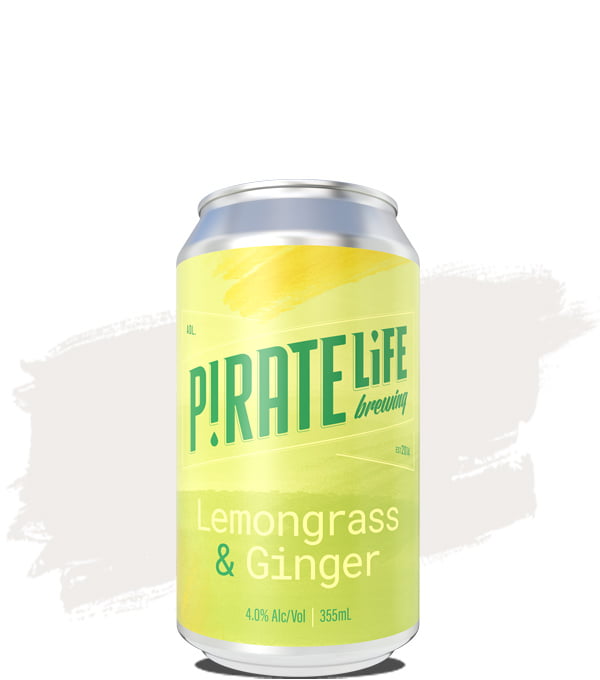 Pirate Life Lemongrass and Ginger Sour Ale
It’s light hay in colour, with aromatic gifts of fresh ginger, fragrant lemongrass and Thai mint. On the palate, bright carbonation and lactic acidity burst in to action, where spicy ginger and citrus pair with a distinctly herbaceous appeal. The finish is clean and defined, with soft, lingering threads of pepper and lemongrass tisane. 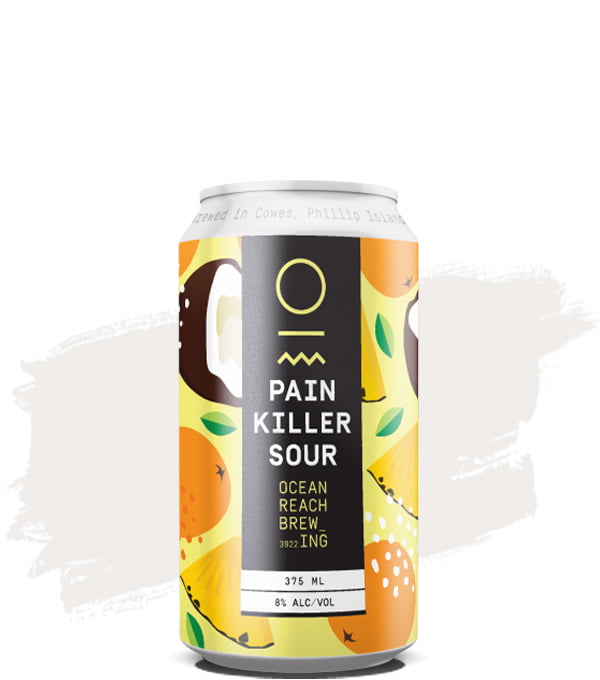 Ocean Reach Painkiller Sour
An effective Painkiller brewed by the ladies of ORB!
This rich and fruity drink will have you feeling the powerful effects of a Painkiller! Our twist on the Painkiller cocktail.  We’ve combined 4 parts pineapple, 1 part toasted coconut and 1 part orange. Shaken or stirred?  … fermented if you will? .  Best served with some freshly grated nutmeg and a wedge of pineapple. 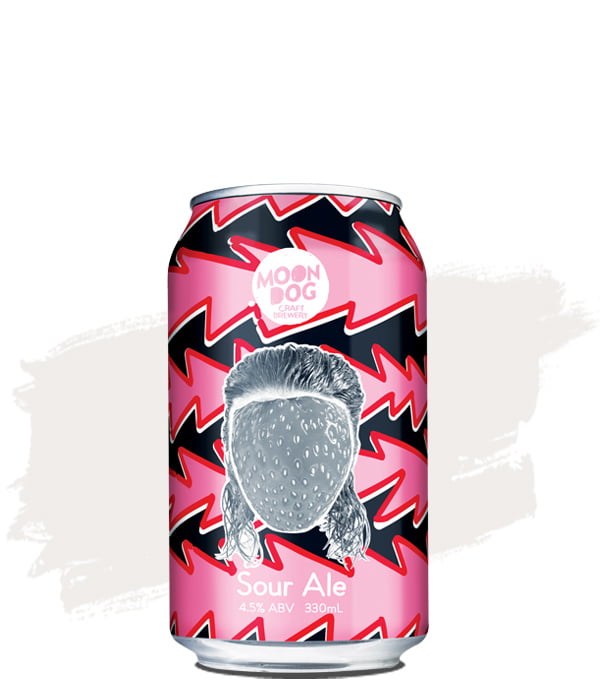 Moon Dog Jean Straw Van Damme Can
Our Magnificent Mullets continue with another cracking fruited sour! Jean-Strawb Van Damme is packed with 5,800kgs of strawberries – that’s heavier than 3 huge Rhinoceroses! The flavour is short and tart upfront and long and strawberry-y at the back! 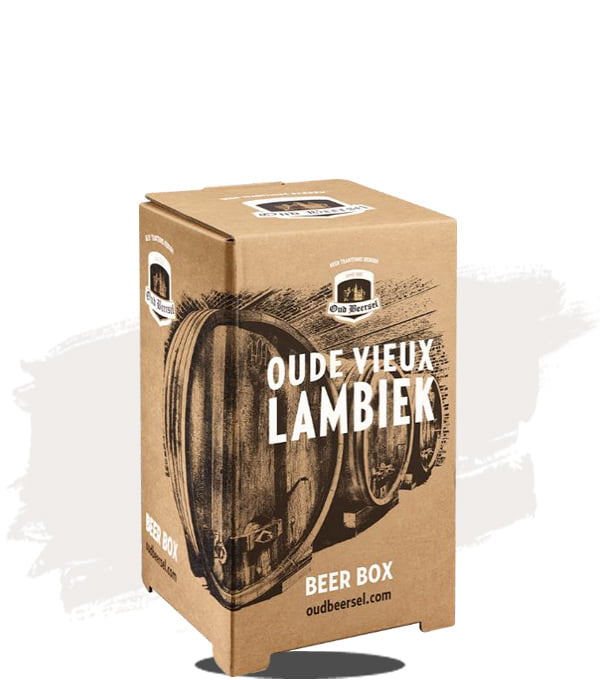 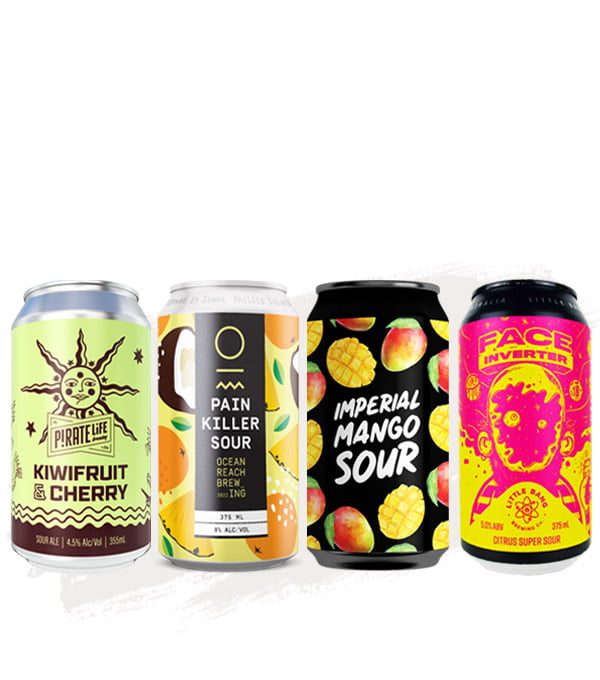 Try Our Newest Sours
Is there a “new” style of beer in town? At the pub, on the shelf, even here at Craft Cartel, sour beers seem to be showing up everywhere. And you might be wondering what this style is all about. Why not give four of our newest sours a go in this mixed pack! 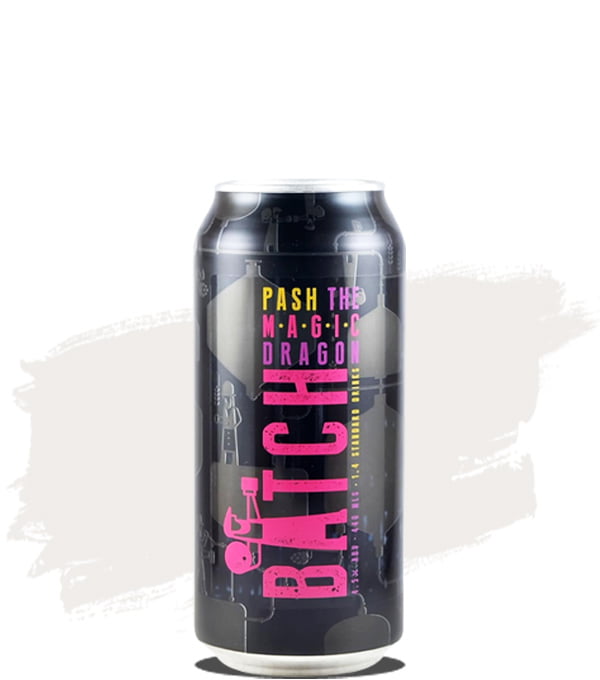 Batch Pash The Magic Dragon Sour Ale
A kettle sour ale with passionfruit and dragonfruit added after fermentation to give a pink colour to the beer and an intense passionfruit flavour and aroma. Enjoy! 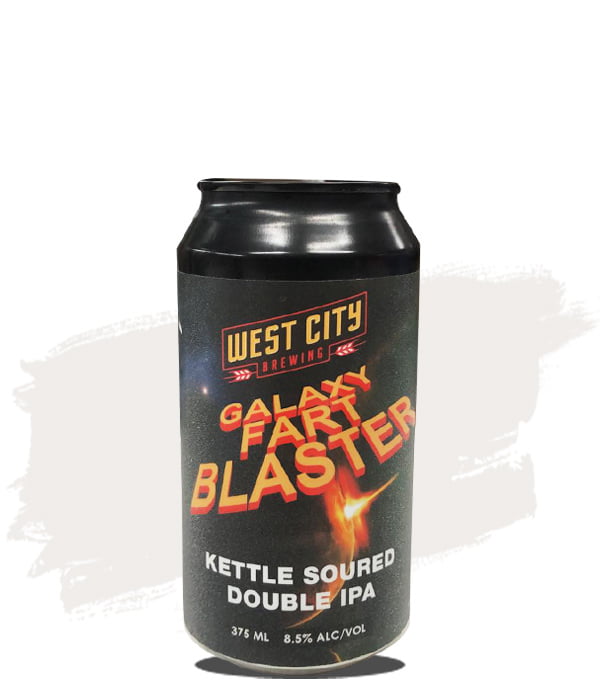 West City Brewing Galaxy Fart Blaster Sour IIPA
This rich in colour IIPA that has been kettle soured, was dry hopped with Vic Secret & galaxy hops to produce a subtle citrus flavours. With a 8.5% ABV, this is the perfect stay at home beer.